In the McNeill research group we are generally interested in understanding how the microstructure of solution-processed semiconductors determines their function in solar cells and field-effect transistors. We make and test semiconductor devices and like to use synchrotron facilities to probe thin-film microstructure. 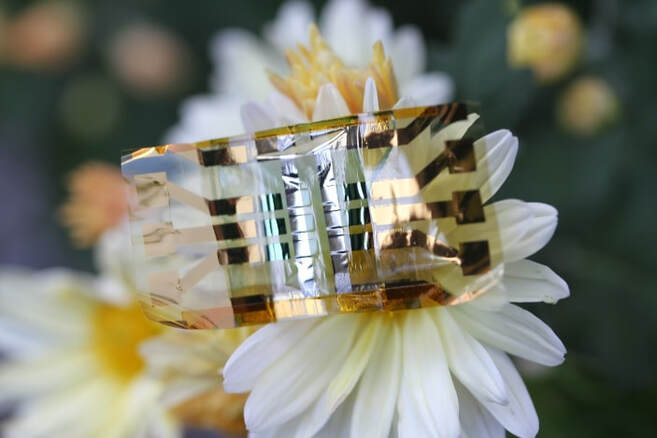 Transistors are at the heart of every electronic device. Organic field-effect transistors (OFETs) will not be able to compete with high-performance silicon transistors but have advantages over silicon transistors in that they can be fabricated more cheaply and can be incorporated into flexible electronic devices. The last 5 years has seen rapid increases in mobility with mobilities of over 10 cm²/Vs now demonstrated for solution processed films (10 – 100 times higher than amorphous silicon). As the operation of OFETs is sensitive to film microstructure a key focus of the McNeill research group is using advanced x-ray techniques to measure thin film crystallinity and molecular orientation and relate these properties to OFET operation. 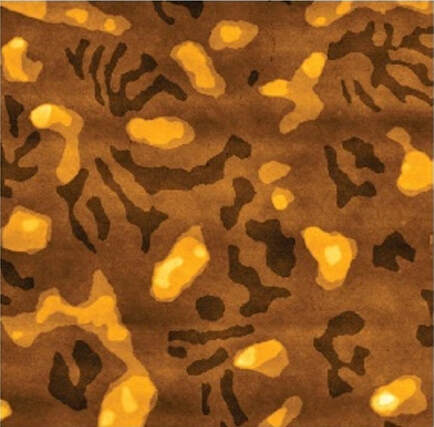 Perovskite semiconductors are another interesting type of solution-processable semiconductor. They have a ABX₃ perovskite crystal structure, typically consisting of an organic cation surrounded by a PbX₃ octahedra with X = I, Br, or Cl. Perovskite solar cells can achieve power conversion efficiencies of 25%, close to that of silicon, and the properties and microstructure of perovskite films can be tuned by varying the organic and halide constituents. In the McNeill Research Group we are particularly interested in understanding how the thin film microstructure of solution-processed perovskite films, with a particular focus on synchrotron techniques for in-depth analysis.

At Monash University we are lucky to have the Australian Synchrotron located just across the road. The high-brightness, polarised x-rays available only at a synchrotron provide a unique perspective to study the microstructure of organic and perovskite semiconductor films. Synchrotrons also enable the evolution of microstructure during solution coating or annealing to be studied in real time. Two techniques we utilise at the Australian Synchrotron are grazing-incidence wide-angle x-ray scattering (GIWAXS) which probes the crystallinity of thin films and near-edge x-ray absorption fine-structure (NEXAFS) spectroscopy that enables us to assess the molecular orientation of the top surface of organic semiconductor films. 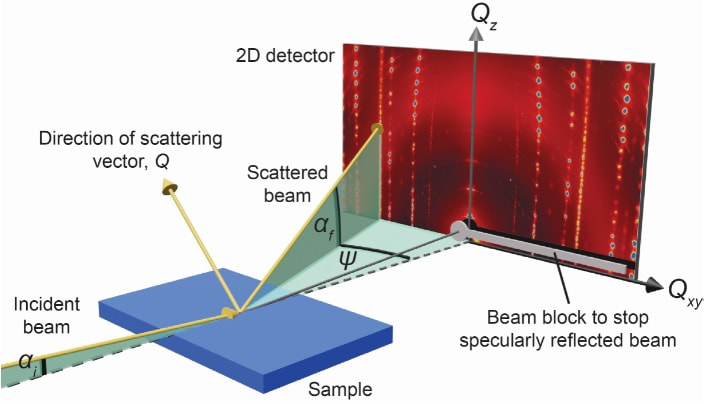 As well as using the Australian Synchrotron we also like to travel to international synchrotrons such as the Swiss Light Source (SLS), the Advanced Light Source (ALS) in California and the National Synchrotron Light Source II (NSLS-II) on Long Island, NY to perform other x-ray techniques not available at the Australian Synchrotron. In particular at the SLS we use their x-ray microscope to map the domain orientation of polycrystalline organic semiconductor films used in OFETs, while at the ALS and NSLS-II we exploit resonant soft x-ray scattering techniques to determine the nanoscale domain size of polymer blends used in organic solar cells. 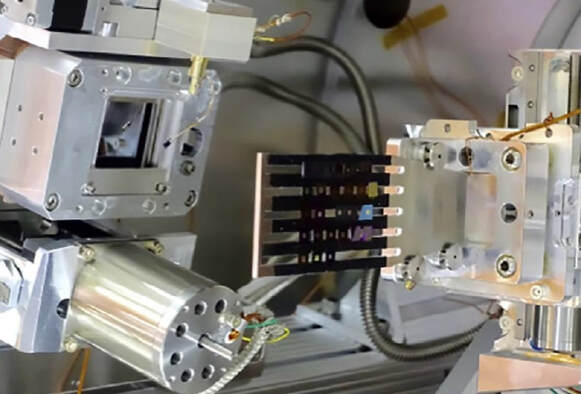